So iOS has this thing (which is even encroaching into macOS) where it auto-saves files in its own app folders. This is very annoying and a bane to the JD system.

For example, if i create mindmaps in the application, XMind, it auto-saves in a folder called “XMind” with all my other mind maps instead of offering the option to “save as” in the more relevant location with my JD file folder system.

How do y’all workaround this?

Yeah. It’s a blessing and a curse — great that it’s almost impossible to lose data any more, annoying that stuff ‘just happens’ and only later you realise, wait, where are my files?

Just remembering to Save As… as soon as you start a thing is the only way. And just making yourself do the right thing as soon as you realise that the software has done something else, not thinking, ah, it’s fine, I’ll fix that later…

Yes I think the immediacy thing is the best habit in this context. Is there a way to “save as” within iOS? If so, how?

… because if the purpose of the Johnny decimal system is to clean up and organize the file system, what the hell am I supposed to do with all these random app folders clogging up my iCloud Drive?

Should I just have a folder called “Johnny Decimal” so it isn’t mixed in with all these undeletable folders?

But that would make it one level deeper of nesting unfortunately…

I don’t think there’s a nicer way to do this without constantly fighting iCloud’s architecture, no.

It does lend itself to you getting lazy because the system just did it for you and you can’t be bothered to move it. I suffer that myself…

So I was able to clean up most of the folders through diligent effort. The only one that still persists is from the app, Drafts. I emailed them and they said there is no way to save fundamental files other than in this location.

So just one other folder is not so bad. I can live with that.

It does have me thinking though that many apps don’t even allow you to view the files. File systems have been abstracted away.

Unless one uses a note taking app like obsidian which runs mostly on {.md} files, one can’t actually organize the files which correspond with the notes one is creating in almost any notes program.

This in some sense seems to remove cognitive load. But in another sense, adds more, because then I have to setup multiple organization schemes for each app as opposed to just one in my file system.

It is amazing how quickly computer users were enticed away from having direct access to files. Of course, there are pros and cons to this so it’s not all negative.

It reminds me of the only other system I know that I put on the level of Johnny Decimal, and that is the way the program, Dendron allows you to tag and organize notes/files right within the file name. And then leveraging that power and integrating it in the app experience. 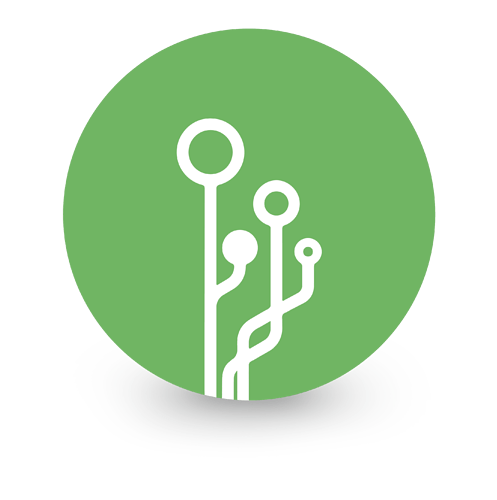 Note-Taking that Grows as You Do

Dendron looks interesting, will check that out later today.

I’m just getting my partner in to this note-taking world and she’s enjoying saving .md files in folders. The version of Textedit shipping with macOS is a buggy pile of crap (which is really sad), and it’s surprisingly hard to find a good, simple, clean text/markdown editor. And one that does not have its own database: I don’t want a Bear or a Notes or whatever. She specifically wants a program where you go File… Open… and pick a file out of a folder. That’s beginning to feel really ‘old-school’.

@spirit Would it help to use a Mac to create symlinks (“Make alias”) of the app-created folders, which you then drag to a place within your Johnny.Decimal system?

File systems have been abstracted away.

Not yet on the desktop/laptop, but it certainly looks like we’re headed that way. I just realized that I got rid of clutter on my iPhone by keeping only a select group of apps on my home screen. The rest are available by either using the side swipe App Library feature (I rarely use it) or by swiping down and searching.

My iOS usage is very app-based, not document based. I don’t even try to do spreadsheets or read PDF’s or type anything longer than a Tweet on my tiny phone screen with it’s tiny buttons. Everything document based I do on my laptop by touch-typing at up to 95wpm. So I rarely search for a document on the phone, but if I needed one, I’d probably just search, not open the Files app.

Would it help to use a Mac to create symlinks (“Make alias”) of the app-created folders, which you then drag to a place within your Johnny.Decimal system?

This may be a solution to the issue I just ran into. Been trying to use the Notebooks App as a sort-of replacement for the Finder. It also does editing for text/markdown/html. But in order to use it on iOS I have to use iCloud or some other system. And since I’m moving all my photos back to iCloud, might as well do the files too. But Notebooks on iOS looks for all of its files inside a Notebooks folder. I tried to get it to find them elsewhere but it didn’t seem to work.

If everything is in iCloud/Notebooks, I can press/hold on iOS and get the option to ‘open in’ but then will the app save it back where I opened it?

Beginning to think I may need to treat iOS separately. If I need something, I’ll use the Files app, or search, and forget trying to use the Notebooks app on iOS at all. It feels like an un-needed middleman at this point…or just use symlinks?

Add symlinks to your app folder in your JD Hierarchy.